Please look at the other Highlights as well.

Scroll down to the end of this page to do so.

The museum houses the nation's artistic treasures as well as many of the most precious archaeological finds such as the fossilized remains of early hominids.

The most famous of which is "Lucy", the partial skeleton of a specimen of Australopithecus afarensis.

Recently added to the basement gallery is a display on Selam,  found between 2000 and 2004. Estimated to be 3.3 million years old.

This specimen is considered to be the earliest found child in the world. 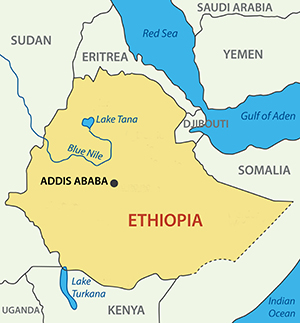 Back to the previous page.

Use the arrow-symbols bellow to look at the other highlights.
Then click fearther for more details.